When you’re cutting down on carbs and saying “so long” to sugar, you might be wondering how dessert—which, after all, involves sweets by definition—is supposed to fit in.

Thankfully, it’s not as much of a head-scratcher as you might think. Thanks to a ton of keto-friendly ingredients on the market these days, you can enjoy a piece of cake or a fudgy brownie just as easily as any other sweet fiend out there—you’ve just got to make it yourself! So grab your keto-friendly dark chocolate, your favorite alternative sweeteners, your nut flours, and of course, your butter. It’s time to master keto desserts. 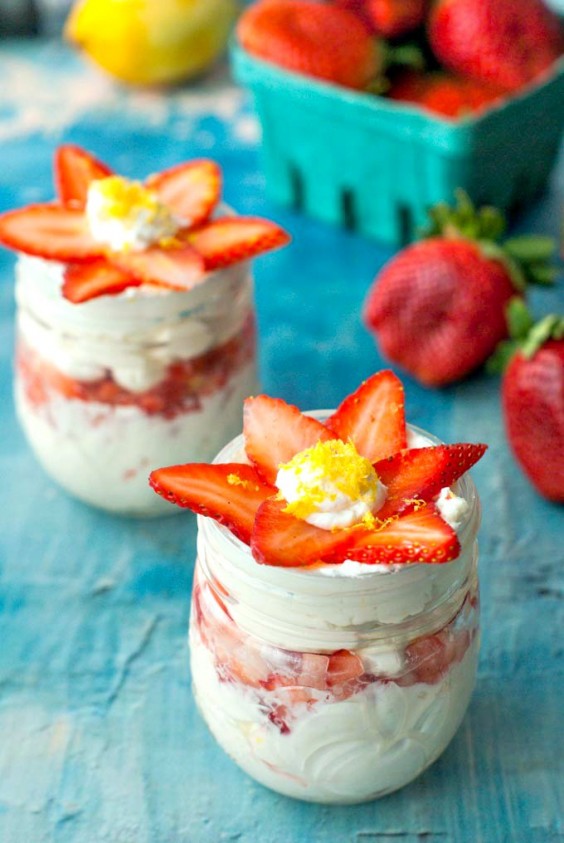 Doing away with the pie crust, this take on cheesecake gets right to the point: the luscious, smooth filling. With layers of tart strawberries cutting the richness of the cream cheese mixture, this parfait-like treat is both decadent and refreshing. 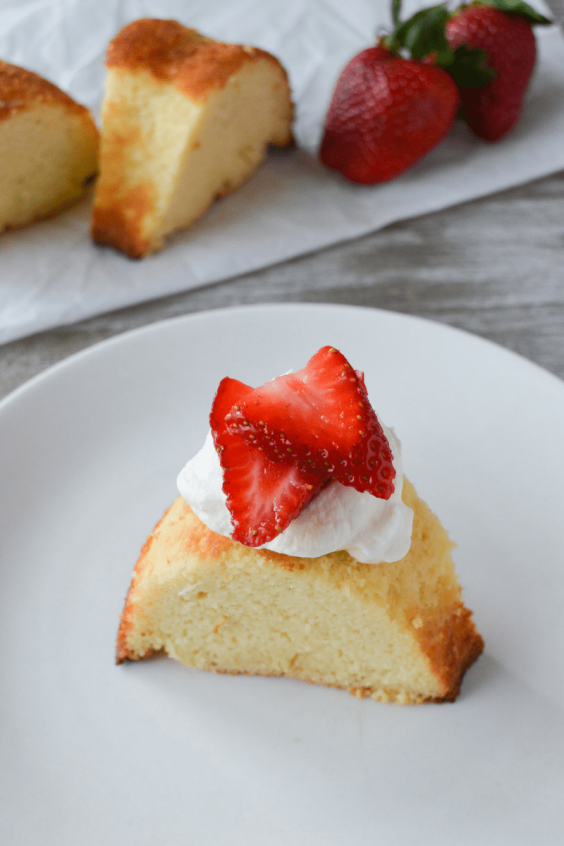 Rich and buttery, pound cake isn’t usually associated with healthy eating, but all the eggs and sour cream in here fit comfortably within a keto diet plan. This recipe cuts down on the carbs by using almond flour and corn-derived erythritol as a sugar alternative. 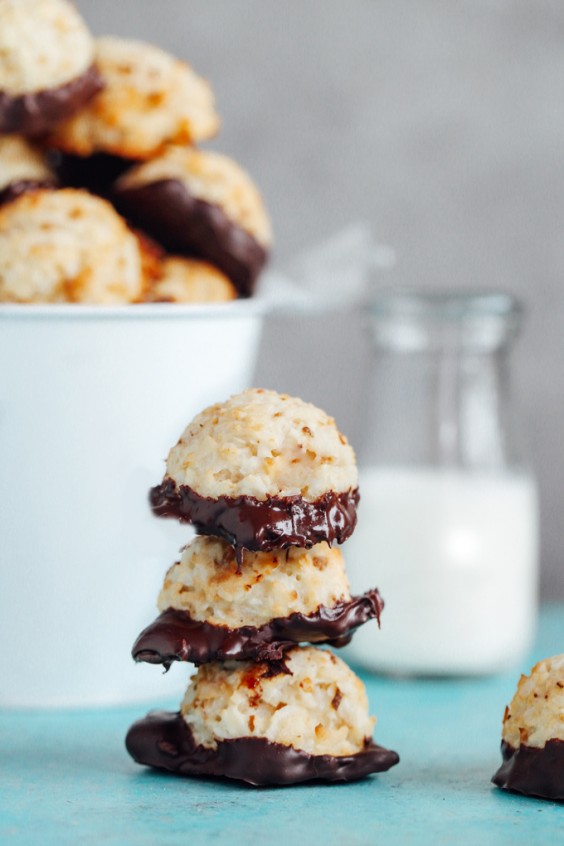 Going keto might compel you to start experimenting with ingredients you would have never used otherwise. These vegan treats, for example, are held together with aquafaba—the liquid from a can of chickpeas, believe it or not. Still, the shredded coconut and the smooth chocolate on the bottom make them taste like the mouthwatering macaroons you know and love. 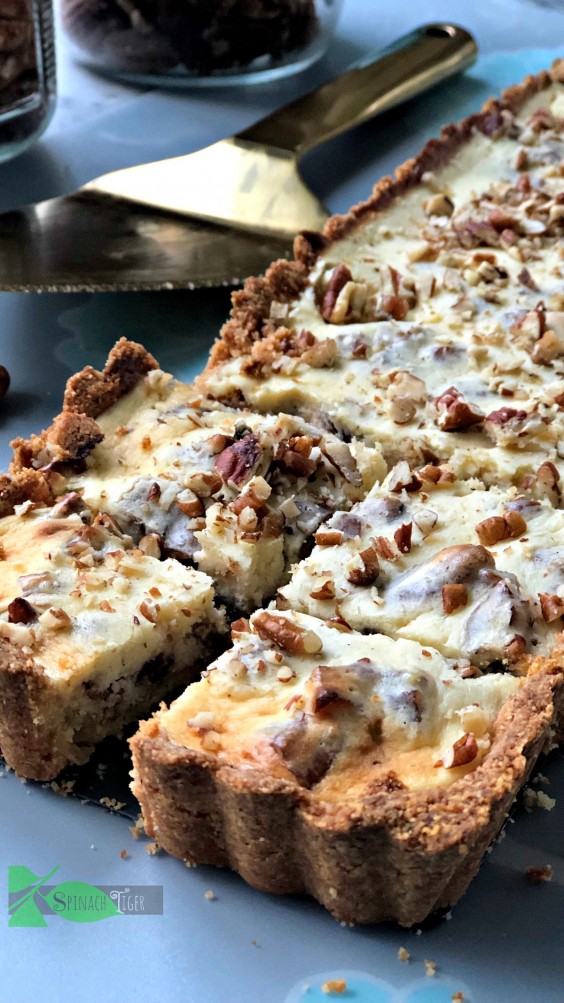 If plain cheesecake can be a bit too bland for you in the texture department, this recipe helps jazz things up. Between the crumbly almond flour pastry and the pecans studded throughout the filling, there’s enough crunch in here to keep the boredom at bay. 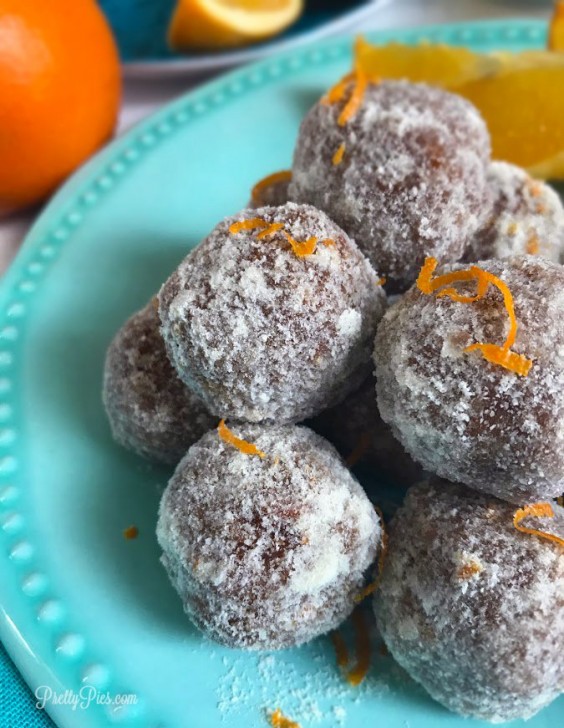 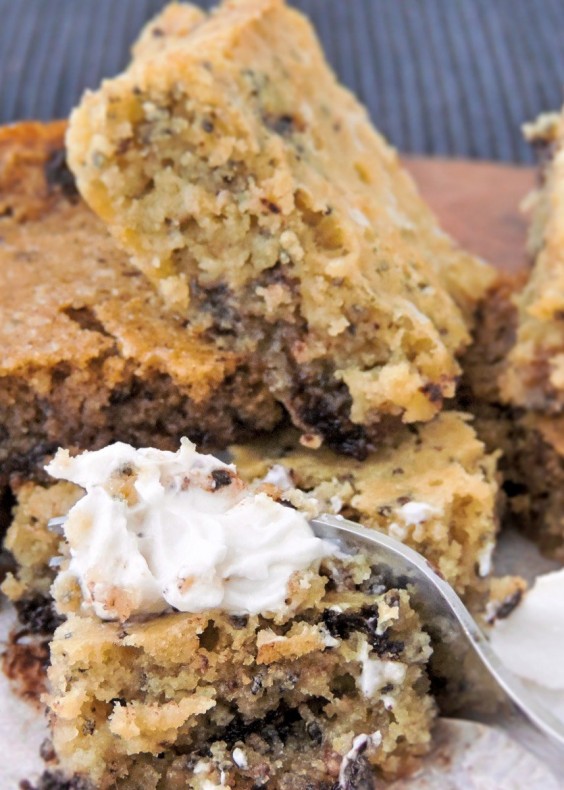 With plenty of butter—of both the regular and the cacao variety—plus coconut cream and eggs, these squares turn out exactly the way blondies should: dense, fudgy, and totally addictive. They’re the type of dessert you can feed to non-keto people, and they’d never know the difference. 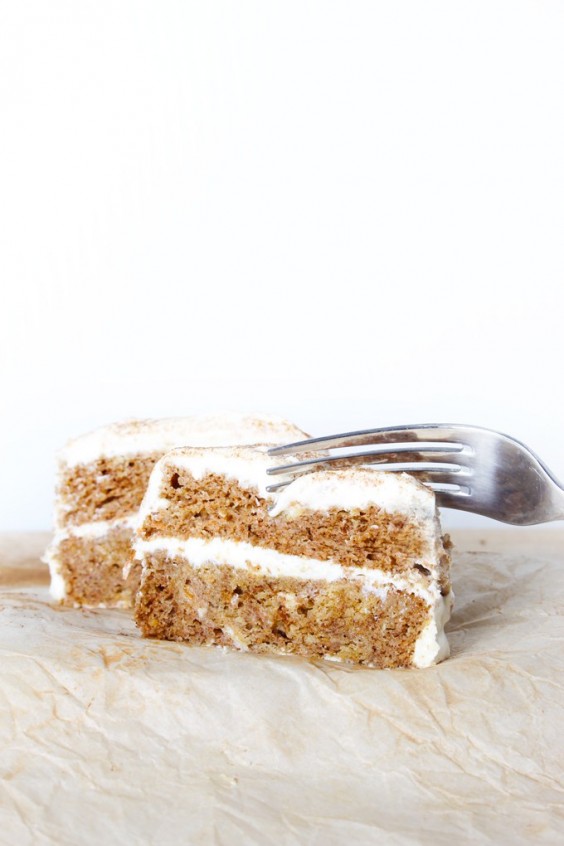 Aside from the almond flour base, not a whole lot about this recipe is that different from a regular carrot cake. You’ve got your carrots (duh), your spices, and of course, that non-negotiable cream cheese frosting, all of which make for a delectable—and not overly sweet—end result. 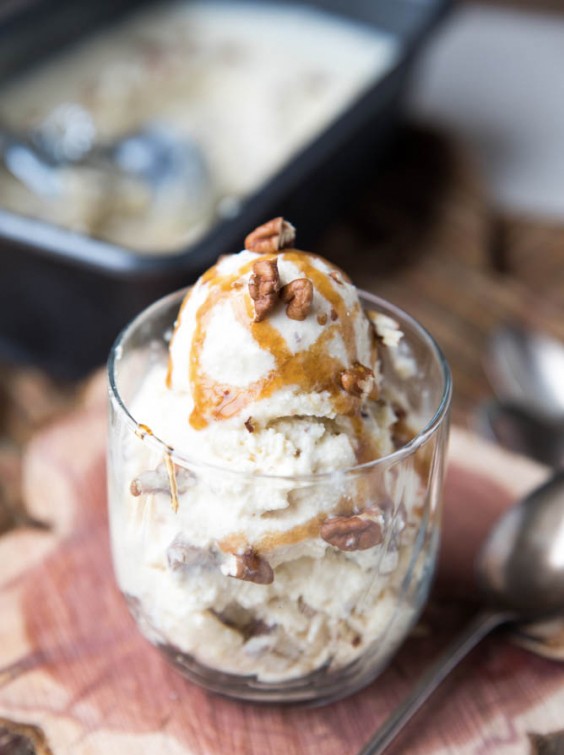 Don’t let the need for an ice cream machine throw you off; you can also make this in a food processor and freeze in a loaf pan. The keto ice cream tastes as close to a standard butter pecan scoop as you can get. Summertime treats just got a little bit sweeter. 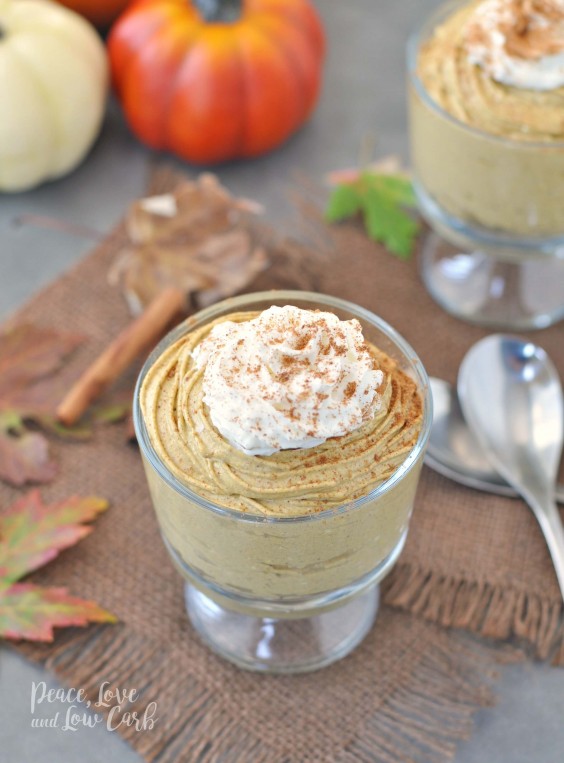 Stir some real pumpkin purée into your whipped cheesecake to give it some more depth of flavor, not to mention a tasty source of fiber. Since the mousse takes only 15 minutes to whip up, you’ll be making it often, regardless of the season. 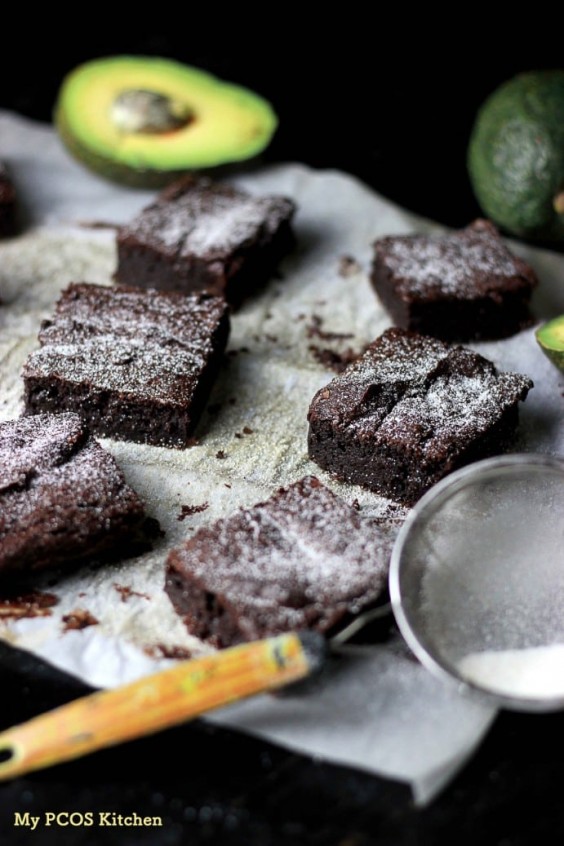 Not that going butter-free is really a concern on keto, but swapping it out for avocado makes these brownies suitable for any dairy-free dessert eaters you’ll be serving. For extra fudgy results, be sure to underbake slightly! 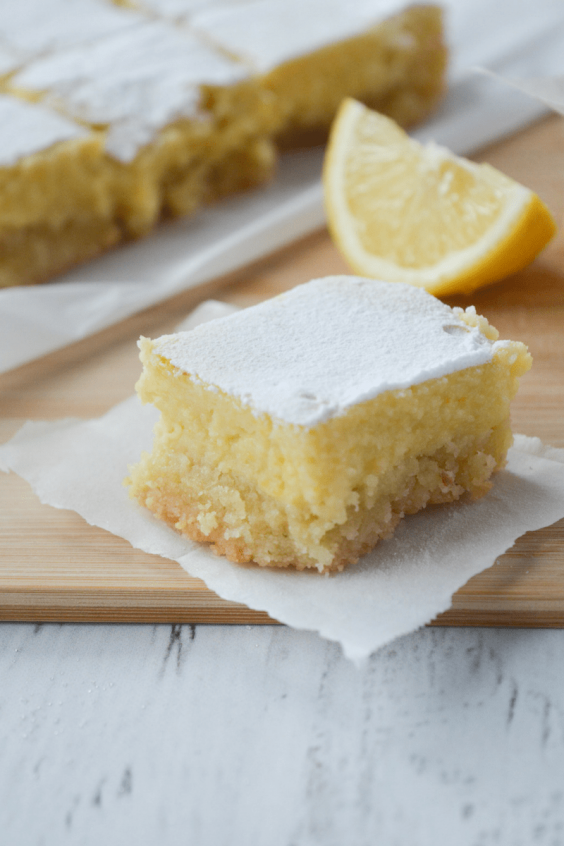 New motto: When life gives you lemons, make keto lemon bars. Buttery, dense, and zesty, these delicious squares are a great way to get fruitiness without the carbs. 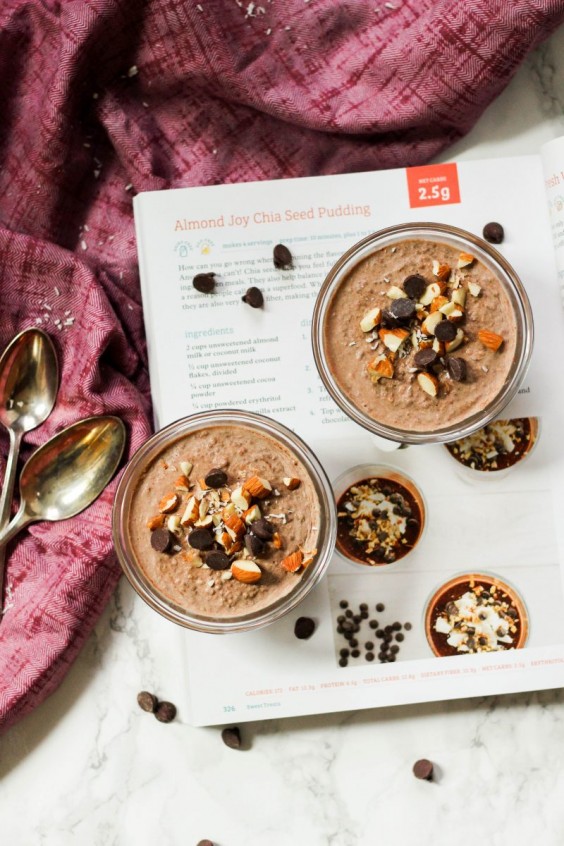 Chia pudding may be a popular breakfast item, but the addition of cocoa powder and dark chocolate chips automatically qualifies this version for dessert. Whip it up in the morning to have a cool treat waiting for you in the evening. 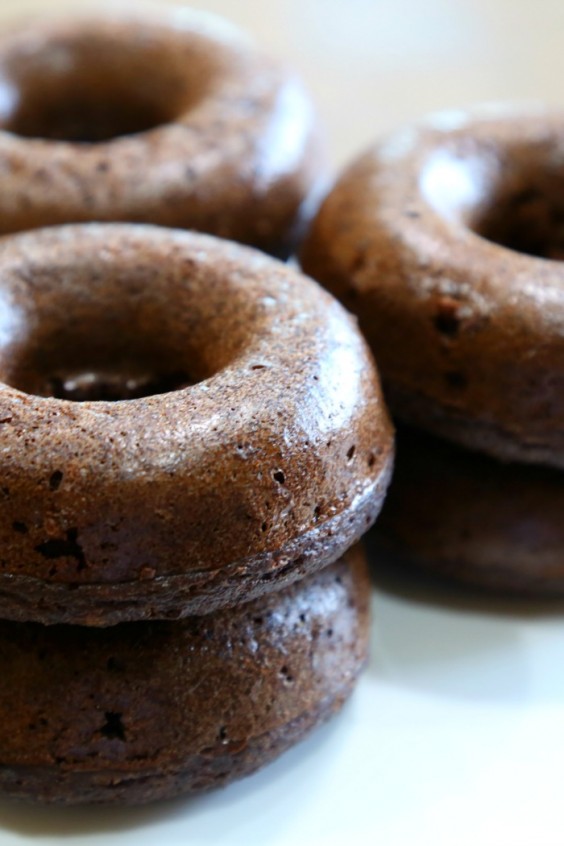 Donuts with coffee in them? These may be part of our dessert roundup, but they’re just asking to be breakfast. Thankfully, they’re packed with satisfying ingredients like fiber-rich coconut flour, eggs, and coconut oil, so you could totally get away with enjoying one in the morning. 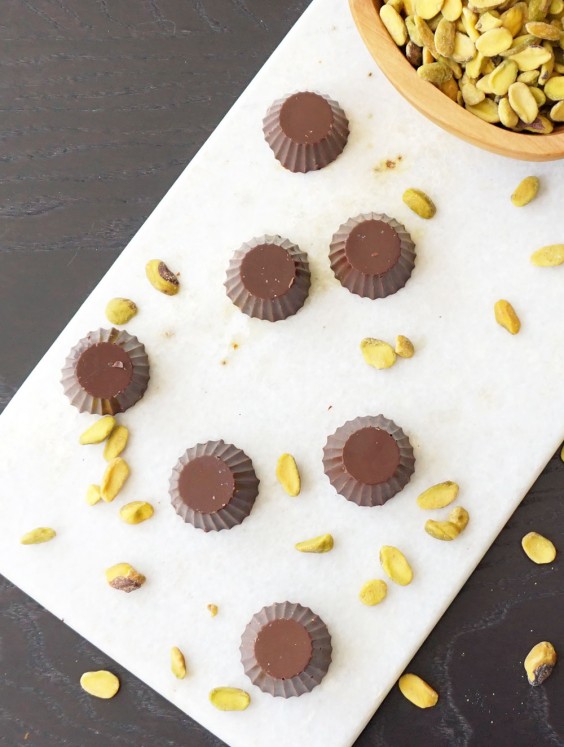 Pistachio is a seriously under-utilized nut, but this recipe reminds us why we need to use more of it. The chopped nuts become part of the caramel-like filling in these bite-size chocolates for a milder but much more unique alternative to peanut butter cups. 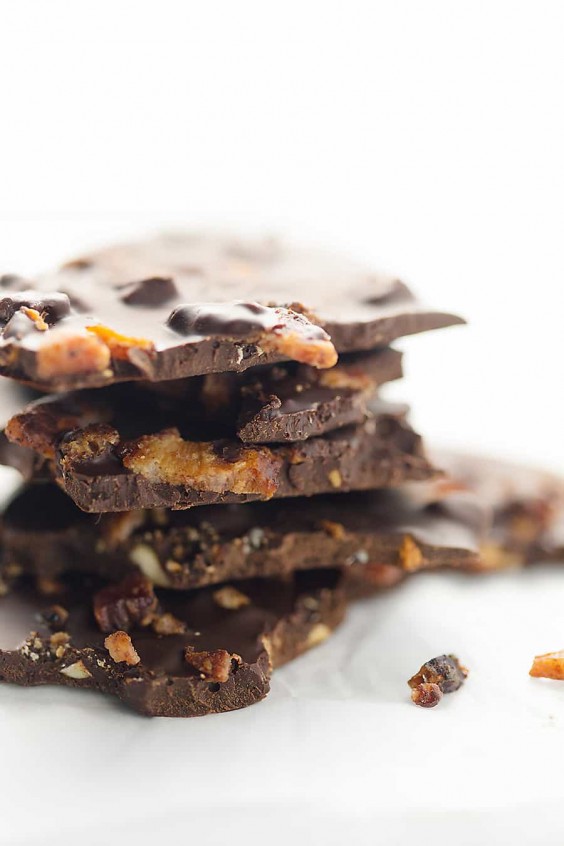 We probably had you at “bacon,” but if that’s not already reason enough to make this sweet and savory bark, consider the fact that it also requires only three ingredients and no oven. There’s nothing not to love about it.

16. Avocado Popsicle With Coconut and Lime

High-fat desserts can feel heavy fast, so serving them chilled is a great way to lighten things up. These eye-catching popsicles use avocado to get the necessary texture of ice cream, but generous pours of lime juice provide a pop of flavor to keep them from weighing you down. 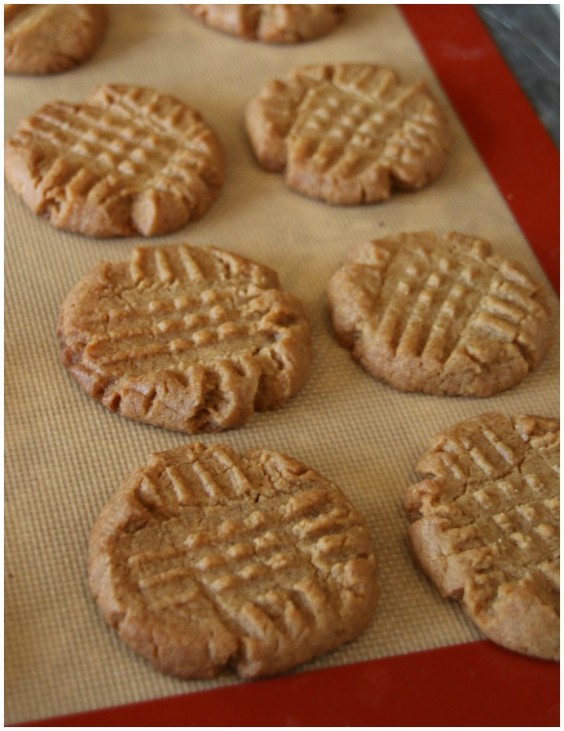 Photo: I Save A to Z

File this under “easiest way ever to satisfy a cookie craving.” With no flour in the mix, these are all about pure peanut buttery goodness. There’s even a no-sweetener option! 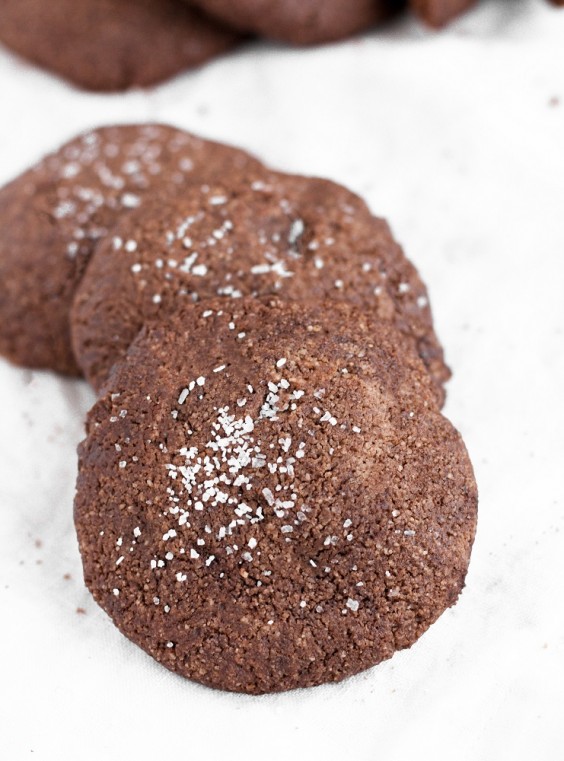 If you haven’t tried the chocolate and sea salt combo yet, boy, are you in for a treat with this recipe. Just a sprinkle of the savory stuff perfectly offsets the naturally sweet, soft, and chewy cookie, giving these so much more depth than the average chocolate biscuit. 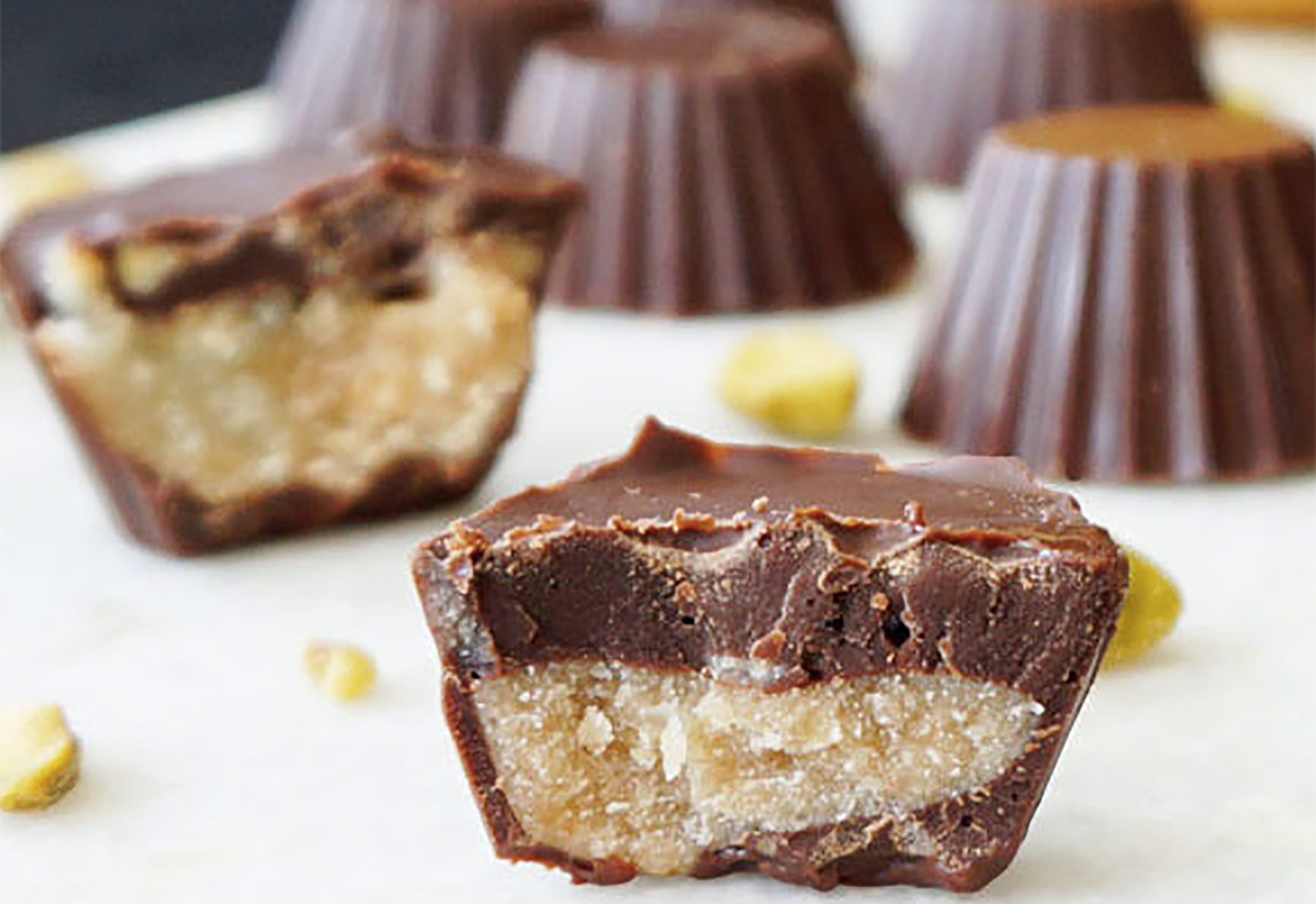 The egg hunt is on for Easter and French prankster Remi Gaillard knows where to find the perfect egg!

These are a handful of shots of the Bob Ross themed birthday party that 22-year old Chris of South River, New Jersey threw for himself. From what I gathered, it basically involved watching an episode of The Joy Of Painting and all the partygoers painting along with Bob. That's fun. Reminds me of one of those Paint And Wine evenings I see friends always posting on Facebook. Except these paintings look like they actually turned out okay. My friends: they're not painters. But that's not what Paint And Wine nights are about anyways, they're about having a good time with your friends. Plus getting so drunk you puke on your canvas. Now that -- that's what I call art (I'm never allowed back). Keep going for a couple more shots.

Thanks to lizzy, who's really hoping Bob Ross perm wigs were included in everybody's goody bags.
Read the whole story

Putting yourself “10 feet away” from the people in your community by Jason Kottke
Thursday October 13th, 2016 at 4:45 PM

Last Saturday, five teenagers from a small Vermont community were killed in their car on their way home from a concert by a driver deliberately driving on the wrong side of the freeway. As you can imagine, the death of five young people in an area with only a few thousand residents is devastating and will take years for the community to recover from.

The day after the accident, Bobby Kelly, a classmate of the victims, wrote a message in remembrance of his friends and in celebration of his community, which a local ski area posted on their Facebook page:

So today after I heard the terrible news, my family went to Mad River Glen to ride the single up and hike down. As I stood at the top I was looking down at the little strip of road you can see from the top of the mountain. I watched a handful of these cars drive by, and they were so small from my perspective. And I thought to myself, how could something smaller than a pebble take 5 beautiful lives from us? The cars looked so small and insignificant from that far away. Then I started thinking how it’s only my perspective, and if you were 10 feet from those cars, they wouldn’t seem so small.

What I’m trying to say is, the closer you are to something, the bigger it is. There are people in our community who were ‘10 feet’ from the 5 kids we lost. Then there were some looking at them from ‘the top of the mountain’. Obviously, the people closer to them will feel the most pain, and the people furthest away from them will feel the least, it’s human nature. But, after seeing all the posts and pictures in memory of them, I realize that you only have a true community when people at the top of the mountain put themselves 10 feet from the car. We are all one, and the love for each other we have at Harwood and the community in general is something incredible. We will always miss Janie, Cyrus, Eli, Mary and Liam, but we will also always love them, because through this terrible tragedy, we will all heal together.

I don’t know about you, but I had to go take a walk after reading that. I moved to this area over the summer but didn’t know any of the victims because I’m new. The Mad River Valley Community Fund has set up a special Five Families Fund to help the families of the victims through this terrible time. If you’re moved to do so, I would appreciate you making a donation.

Aaron Bleyaert lost 80 pounds, got in share, and wrote about how he did it in four easy steps on his Tumblr.

3.) HAVE YOUR HEART BROKEN
And not just broken; shattered. Into itsy bitsy tiny little pieces, by a girl who never loved you and never will.

Now he's turned that experience into a short film that showed at Sundance. Watch for the Conan O'Brien cameo.

Tags: Aaron Bleyaert   how to   video
Read the whole story

Chipotle went public in 2006. At the time, I think I maybe went to it like… once? I don’t even recall there being one within 100 miles of State College, Pennsylvania, where I was in college at the time. In the last nine years, however, the chain has EXPLODED and completely revolutionized the “smart” fast food business model. The company now has 1,783 stores and millennials everywhere are freakin’ obsessed with it.

Today Chipotle announced that they beat analysts’ earnings forecasts for the year and that profits were up 35% over the previous year. Their stock closed at $726.63, though the stock is sliding in after-hours trading thanks to a slower-than-expected growth forecast for same-store sales in 2015.

OK, enough with the business jabberwocky. Hey, $726 per share! I’m sure that’s more than some of you reading this have in your bank account. Because pretending you’re hypothetically rich off the stock market can be a fun exercise in SHOULD HAVE, COULD HAVE, WOULD HAVE, let’s play a game. Let’s imagine you picked Chipotle to be your prize pony in 2006. You bought $1000 worth of shares at its IPO price of $22. That $1000 gets you 45 shares in CMG. Today it closed at $726.

Damn. That’s some nice gains in the portfolio, Bros. As Buzzfeed notes, CMG’s stock price doubled to close at $44 on the day it IPO’d in 2006… That’s how hungry the market was for this stock.

According to Buzzfeed’s math, you’d be a legit millionaire if you invested $60,000 into Chipotle on that day.